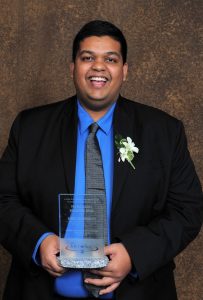 Kinnor’s long term vision is to use physical, mathematical and data driven modelling techniques to develop integrated simulation platforms and then translate them to user friendly process models so that Canadian steelmakers can better design, build and operate their processes. With the evolving business climate, the Process Metallurgy and Modelling Group focuses on value addition in products and steel quality to ensure that Canadian metal manufacturers are competitive in the market place. 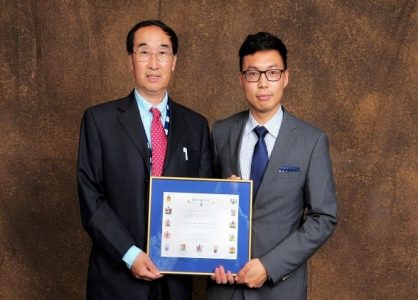 The 55th Annual Conference of Metallurgists (COM2016) hosted by the Metallurgy & Materials Society (MetSoc) of the Canadian Institute for Mining, Metallurgy & Petroleum (CIM), was held on September 11 to 15, 2016 in Quebec City in conjunction with the 18th International Mineral Processing Congress (IMPC 2016). Nearly 600 papers and 100 posters were presented at the conference, which garnered an attendance of more than 1000 industry professionals.

The Metallurgy and Materials Society’s Best Paper Award was presented for the best paper published in the Canadian Metallurgical Quarterly or the CIM Journal during the year 2015. Authors Dr. Paul Wu, Dr. Yindong Yang, Professor Mansoor Barati and Professor Emeritus Alex McLean’s published research from the Ferrous Metallurgy Research Group received this award for their paper titled,“Influence of thermal diffusion on decarburisation of iron-chromium alloy droplets by oxygen-argon gas mixture”.

The main objective of the study, which was based on Paul Wu’s Doctoral thesis, was to replace oxygen with carbon dioxide in oxygen-argon gas mixtures to control chromium-oxidation. The study’s findings influences the advancement of pyro-metallurgical modelling processes, such as stainless steel refining. Specifically, the paper described new findings of the role of thermal diffusion on mass transport under extreme temperature gradients.

COM2016 received prominent letters of recognition for contributions to the metallurgical profession from the mayor of Quebec City, the Lieutenant Governor of Quebec and Prime Minister Justin Trudeau.