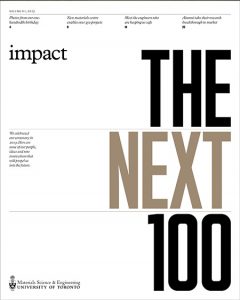 100 Years of Materials Innovation: the Department of Materials Science & Engineering at the University of Toronto marks a century of world-class research and education in materials engineering. MSE at U of T continues to be one of the largest and most reputable materials / metallurgy academic units in North America 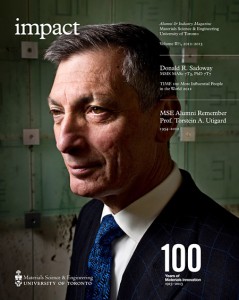 2nd Annual Winegard Visiting Lectureship: Professor Sir Colin Humphreys of the University of Cambridge as distinguished lecturer on “How Materials Science Can Help to Solve Some Major World Problems” 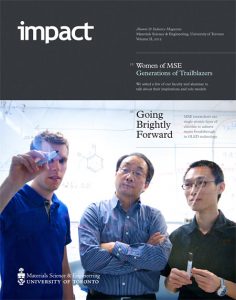 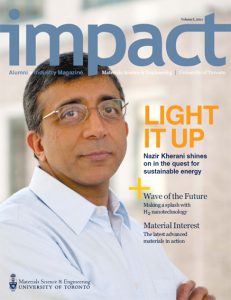 Undergraduate admissions quality and enrollment quantity increased to ~50 students per year; U of T becomes home to one of the largest MSE departments in North America

Expansion of research and teaching offerings via faculty cross-appointments to include Physics, Electrical Engineering and Dentistry / Biomaterials

Professor Pidgeon retires; Department confers 72 PhDs to date — a number greater than many U of T departments at the time

Department of Metallurgical Engineering established as research powerhouse in Canada: majority of research funding received by the Faculty of Applied Science & Engineering from the National Research Council of Canada (NRC) was designated to metallurgy

Professor Bruce Chalmers recruited from the United Kingdom: major graduate program in Physical Metallurgy established, lending to the formation of the world’s preeminent research group in the study of the solidification of metals