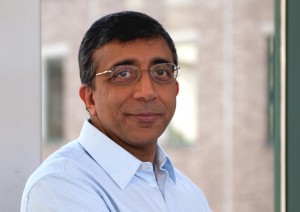 Nazir P. Kherani received his B.A.Sc. (Hons) in Engineering Science in 1982, M.A.Sc. in Nuclear Reactor Physics in 1983, and Ph.D. in Solid State and Experimental Radiation Physics in 1994, from the University of Toronto (UofT). He held the positions of Scientist-Engineer and Senior Scientist-Engineer at the Research Division of Ontario Hydro during the period 1983 to 2000. During this period he undertook two industrial research sabbaticals, one at Los Alamos National Laboratory (1986) and the other at the Institute for Plasma Physics, Kernforschungsanalage Jülich, Germany (1987), and completed his doctoral research in physics (1990-1993). Subsequently, he held the position of Adjunct Professor in the Department of Electrical & Computer Engineering (ECE) at the UofT from 1994 to 2002. In 2002 he joined the ECE Department at UofT  on a contractually limited term appointment and in 2006 was jointly appointed as an Associate Professor in the Departments of Electrical & Computer Engineering and Materials Science & Engineering at UofT. He was promoted to the rank of full professor in July 2014. Dr. Kherani’s research interests lie in the general area of thin film semiconductors and nanostructured materials and devices for energy generation (photovoltaics, micropower sources (piezoelectric, betavoltaic, betaluminescence), solar fuels), optics and photonics (photonic crystals; optical and thermal energy coatings; ultra-thin ultra-smooth films; plasmonics and metamaterials); sensing and imaging; and allied applications. Dr. Kherani has co-authored over 230 publications including 8 generic patents.

The Advanced Photovoltaics and Devices (APD) Research Group at the University of Toronto is actively carrying out innovative research and technology developments in the areas of photovoltaics and the allied fields of photonics and electronics.

Current major research areas within the APD Group include: