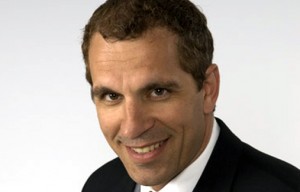 Doug Perovic, a forensic engineer and U of T professor of materials science and engineering has been asked to provide his expertise once again in a case surrounding public safety. This time, it involves wired glass and a severely lacerated arm of a high school student in the Greater Toronto Area (GTA).

“It’s an inherently unsafe material from the perspective of impact,” said Professor Perovic who is a witness in the case.

The material became common starting several decades ago because it was fire-resistant yet still transparent, he said. But while the wire keeps the glass from exploding in heat, it weakens its ability to handle impact.

Perovic said after the wire is embedded into the glass, the two materials cool at different rates, leaving cavities in between that act as weak points when someone presses on the glass.

“It’s counter-productive,” he said. “Even from the very beginning they knew that its strength capabilities were not anywhere near where it should be for a true safety glass. But it was sort of exempted because they needed a fire glass material.”

Now there are many materials that can do a better job, even relatively low-cost solutions such as adding a laminate film to the wired glass without fully replacing it, Perovic said.

Installing wired glass was banned in the United States in 2003 but the last time the Canadian government updated its safety glass standards was in 1990, Perovic said. “We need to catch up to that safety standard and do the same,” he said.

He said building developers are able to continue installing wired glass as long as current safety standards allow for it.

Professor Perovic teaches MSE 431 – Forensic Engineering at U of T, which is the only university course in Canada that looks at case studies surrounding engineering design and applications in relation to public safety.

He has also provided his expertise surrounding the incidents of falling glass in Toronto’s high rise buildings and materials failure on the Gardiner Expressway.

Professor Perovic will be an ongoing expert witness in this civic suit.