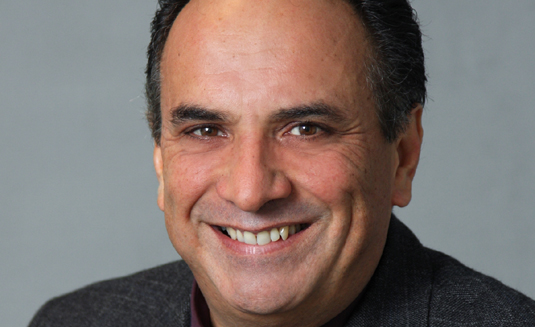 Alumnus Dr. Gino Palumbo began to make his mark in the international scientific community in 1989 when he completed his PhD from this Department and joined Ontario Hydro in a new applied research position.  There, he and Uwe Erb, now a professor here in MSE, developed a nanotechnology technique for more economical repair of nuclear reactors, now widely used to preserve generators in nuclear power plants. He and his team also developed a technique for extending the life of lead acid car batteries, which was spun off by “Hydro” in 1999.

Today, Dr. Palumbo is the founding President and Chief Executive Officer of Integran Technologies Inc. Located in Mississauga, Ontario, Integran is a world leader in revolutionary metallurgical nano-technologies, pushing the boundaries of “lighter, better, cheaper” with products based on their “Nanovate” nanocrystalline metal platform.

Integran holds the first US patents issued in nanotechnology, and over the past 14 years, has successfully executed critical aerospace and defence materials development and implementation programs with organizations such as the US Navy, US Air Force, and NASA. In 2007, Integran received the Royal Bank of Canada’s Innovative Business of the Year award at the Canadian Innovation Awards Ceremony hosted by Canadian Manufacturers & Exporters.

Integran is a world leader in revolutionary metallurgical nano-technologies, pushing the boundaries of “lighter, better, cheaper” with products based on their “Nanovate” nanocrystalline metal platform.

Dr Palumbo is also an active community volunteer with his Alma Mater. He supports many student development initiatives and collaborative research projects within U of T Engineering, which have led to the co-publishing of professional papers that have been cited over 2,500 times. In 2011, Dr Palumbo was recognized with the U of T Arbor Award from President David Naylor for being “a dedicated volunteer, advocate, and ambassador for the University of Toronto.” He also received the U of T Engineering Alumni Association’s 2T5 Mid-Career Award in 2008 and was inducted as a Fellow of the Canadian Academy of Engineering (FCAE) in 2011.

In partnership with the Department of Materials Science & Engineering at the University of Toronto, Dr. Palumbo has authored professional papers that have been cited over 2,500 times.

Dr Palumbo received all three of his degrees from the U of T Department of Materials Science & Engineering (formerly known as Metallurgy & Materials Science). He was supervised by Professor Emeritus Karl T. Aust for his graduate degrees.