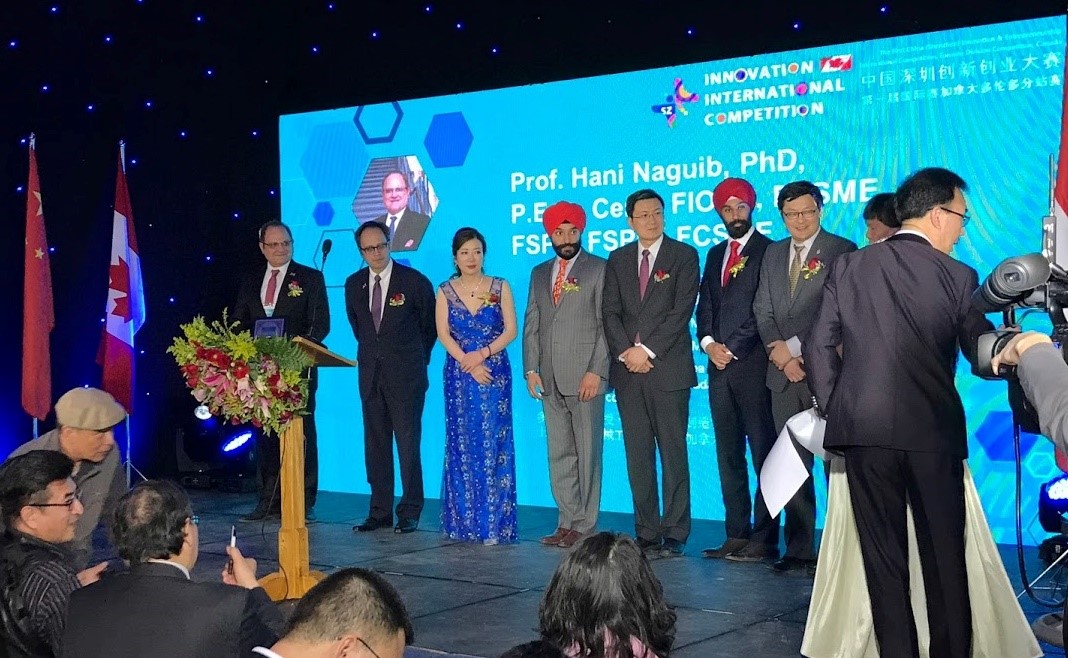 On March 18, the China (Shenzhen) Innovation and Entrepreneurship International Competition visited Toronto for the first time.

Referred to as the “Global Olympics of Innovation”, the business competition challenges entrepreneurial teams who compete for venture capital, Chinese government grants and office space in Shenzhen. Teams included more than 20 Canadian projects in the Toronto round and were encouraged to consider the commercialization and manufacturing aspects of their companies. Competition categories were tied to five key sectors: internet and mobile internet; electronic technology; biological and life sciences; advanced manufacturing; and materials and energy.

The international competition brought in notable judges including CBC’s Dragon’s Den star Michele Romanow and U of T Professor and Director of the Toronto Institute for Advanced Manufacturing, Hani Naguib (MSE, MIE). Naguib was an invited distinguished judge for the Advanced Manufacturing category.

“The competition has shown vast talents and innovative ideas in the advanced manufacturing sector,” says Naguib. “It will greatly benefit the cities of Toronto and Shenzhen and enhance the bilateral collaborations and economic development in this sector.”

Professor Naguib also took part in the press launch this January, where he joined Mayor John Tory and Ontario’s Minister of Research, Innovation and Science, Reza Moridi, in announcing Toronto’s participation in the event.

The competition finals are reported to be held in Shenzhen this April.